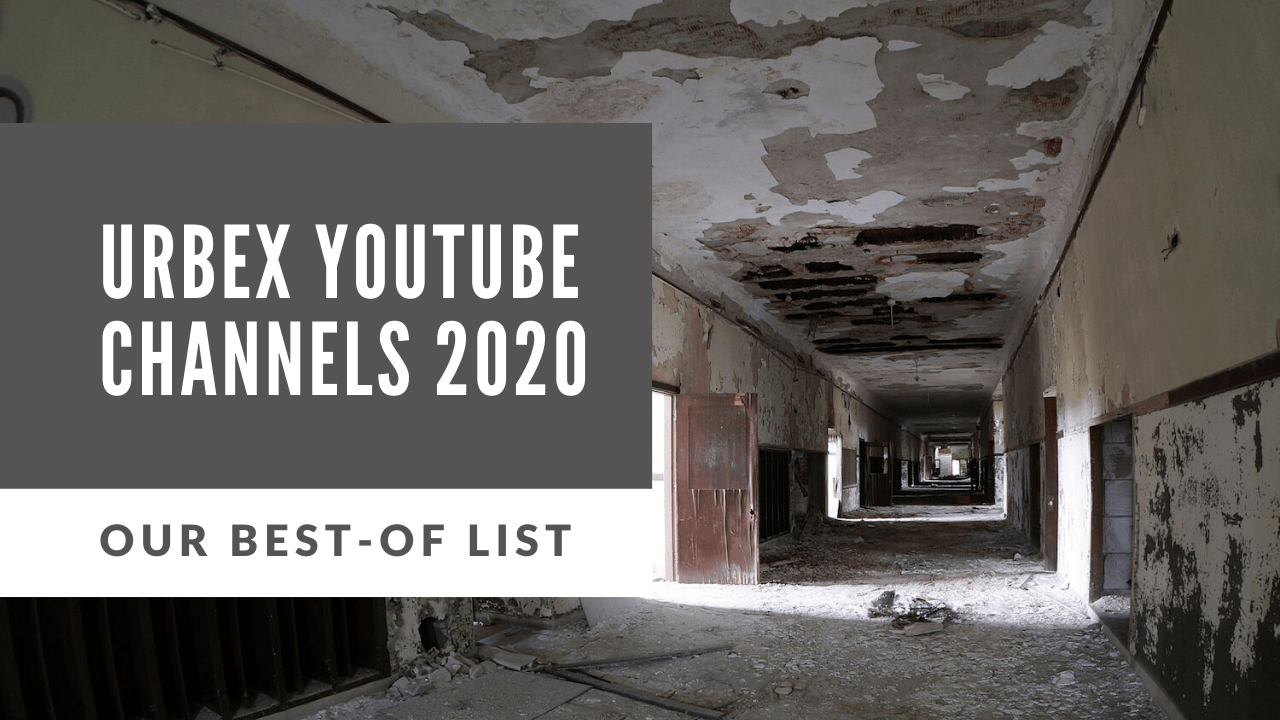 YouTube is a great tool for those looking to learn something new, or gather information about a hobby they are engaged in. Whether you are perusing the urban exploration YouTube library for a taste of what urbex life has to offer, or if you are a longtime urbex expert looking to learn from other explorers, the video platform offers something for everybody at every level of urbex involvement. What you are looking for and what defines a “good” urbex video will change depending on what you are expecting to see and what you have already seen. However, just because the video covers tried and true ground you’re already bored with does not immediate rule it out as a “bad” video as it may be helpful to a beginner looking to get into urbex.

Some viewers will want to see highly polished and cleanly edited videos with steady well-lit cameras while others will get more out of the more “raw” experience of the under-lit, shaky camera with less editing and more realism.

All of this comes down to, what you like may be different than what someone else likes, and the good news is that there are so many urban exploration YouTube channels that there is definitely something for everyone. Regardless of audio and video quality preferences, what every decent YouTube urbex channel should have in common is that they are true to their brand, updated regularly, and interesting to explore along with.

In a good video we get the excitement of the danger without the exposure, or possibly a chance to explore a location we know we’ll never get to see. Good videos of exotic locations, informative videos, fun videos… all of them should respect the urbex ethics of encouraging safety and anti-vandalism ideals in your urbex adventures.

With a title like “Dark Exploration Films” I expected to be subjected to some over-edited and overly dramatic creations but nothing could be further from the truth. Pure urban exploration YouTube videos rendered in high quality footage and kept to a minimal runtime, including a introduction context but cutting out a lot of the excess bloat.

The places he explores are a good mix of the exotic and the ordinary and he and his crew show respect for the location’s past which is yet another reason to enjoy this channel.

“RnK All Day” is another one of those more realistic footage YouTube urbex channels that you can appreciate for being more like what you would experience if you were there in person. The audio is captured without external microphones and makes for an authentic feel to exploration when the host’s voice over blends with the ambient sounds of the location.

Transitions between rooms and locations are cut with interesting still frame shots and his constant reminder that there should be respect for other people’s belongings, even when they are abandoned, is a good sentiment to hinge the channel upon.

Urbex locations can be anywhere, including your hometown and closely surrounding area. “Once Occupied” has built up a great urbex YouTube channel exploring many sites that wouldn’t count as “exotic” but this goes to show how the presentation and the imaginative decision which sites to search can make or break your next urbex adventure.

Just because you don’t have access to internationally legendary sites, the local abandoned location can be every bit as adventurous if you know how to approach it with wonder.

Good footage mixed with a bit of the realism of the handheld camera is a signature of the excellent “Steve Ronin” urban exploration YouTube channel. He travels the world and gets some incredible explorations caught on his camera, places around the world that many of us will never get the opportunity to travel to.

Steve indulges in a bit of the creepy, darker side, but never ventures into the realm of “ghost hunting” or anything so it stays believable and enjoyable for the urbex viewer.

If you are looking for international urbex sites there are many channels to choose from but “Exploring the Unbeaten Path” is one that incorporates the entire journey into each video.

Their thumbnails include the flag of the nation they are exploring making it easy to browse for topics, and the story of how they get to and from the urbex site is every bit as entertaining as the exploration itself. Some of their earlier videos are not in English but the entertainment value is still there.

The virile mentality of DIY is alive and well with the “Urbex & Chill” urban exploration YouTube Channel. This crew undoubtedly saw other popular urbex channels and decided they could put their exploits on video as well.

Rather than ending with a thought, they went out and did it. Exploring local sites that they can reach, with equipment they can afford, this team goes out and makes the best urbex videos they can with what’s available to them and this kind of channel can be an inspiration to the next generation of urban explorers.

“Freaktography” is a prime level urbex YouTube channel if you’re an explorer that does it for the thrill of capturing exciting photographs in abandoned places as he showcases some great locations. This channel is also an excellent example of an urbex YouTuber that takes safety and health serious.

Before going into mold and dangerous situations he dons his respirator even at the expense of being able to speak clearly through it for the video. His decision of protecting his health over a “better” voice-over is a respectable choice.

The big name in urban exploration YouTube channels is “Exploring With Josh”. No list is going to be complete without including an entry on his channel.

His high quality footage, the content he captures, the polished editing, and the respect for the places he explores all culminates in an ultimate urbex “how to” guide and a channel for all urbex videographers to model themselves after.

His edits bring in a focus on the context of what and where he is exploring and the fascination he shows in the decay over time against the reclamation of nature makes for an interesting watch even if urbex is not on your radar.